Over the last few years, our company has developed strong expertise in the field of industrial lifting and handling. We had the opportunity to work in partnership with companies of different types: consulting engineers, general builders, installers and manufacturers of machinery and cranes, transport companies,etc.

Our equipment fleet allows us to offer calibrated solutions according to the specific needs of our customers, whether it’s in terms of lifting capacity, the type of equipment to be lifted, or the space configuration. 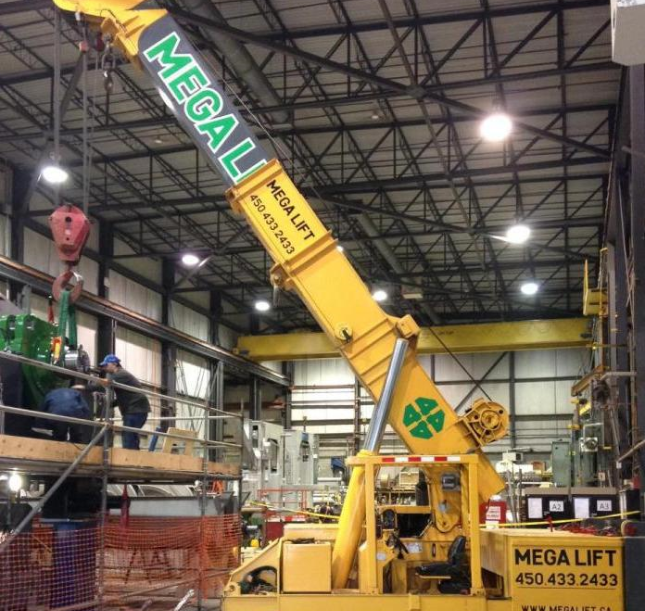 These devices are equipped with retractable counterweights that can operate in relatively small areas. For more versatility, two of the counterweights can be easily removed, making it easier to transport lighter loads. These cranes have as a special feature: a bearing system on 3 points of support that gives them a minimum turning radius, a 44 feet-tall mast and a lifting capacity that is close to 150,000 lbs. They are ready to operate as soon as they are unloaded from the transport platform, which considerably reduces the installation costs of other interior lifting systems. In addition, cranes can be operated in tandem. With a less than 8 feet width, they can be used side by side or even at each end of a heavy load for its movement. 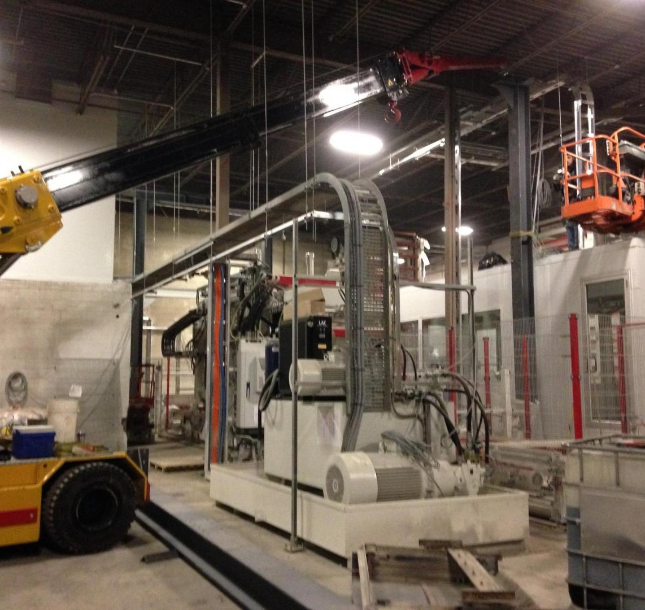 We added a 22 tons (20 metric tons) electric crane to our fleet. Also using a 3-point rolling system (with 6 wheels), this crane is an asset on a size-restricted site or where ventilation is not adequate for diesel cranes. In addition, this crane can be operated both indoors and outdoors because of its larger wheels.

This crane has great flexibility: in addition to a fixed hook of a 22 tons’ capacity and a hook cable of 16 tons, it has an articulated dart of 4 tons’ capacity. This dart is the key to the success of our 22t Electric Crane: it allows us to carry out lifts with minimum clearance in height, or to work indoors, even in places with roof joists!

Do you need a quote for an industrial handling project?